The 23. SS-Freiwilligen-Panzergrenadier-Division Nederland (niederlandische Nr. 1) consisted of Dutch volunteers and was formed 10 February 1945 when SS-Freiwilligen-Panzergrenadier-Brigade Nederland was upgraded.
Nederland was given the number 23 when the Kama division was disbanded.
It fought on the Eastern front seeing action on the Oder and south of Berlin where it was caught in the Halbe pocket, before surrendering to US forces at the end of the war.
The Dutch soldiers were planned to be a part of the Nordland division but after protests from the Dutch nazi-party, Nationaal Socialistische Beweging (NSB), it was decided that they would form their own division.

Honor titles
“Nederland” is Dutch for “The Netherlands”, as this division was composed of Dutch volunteers.
The division was authorized to wear a cuff title bearing its name, although even after its introduction, some personnel who had previously served with the “Freiwillige Legion Niederlande” continued to wear that cuff title.

Two of the division’s regiments were also named:
SS-Frw. Pz. Gren. Regt. 48 „General Seyffardt“
The honor title was carried over from the 1st Company of the “Freiwillige Legion Niederlande” and refers to General Hendrik Alexander Seyffardt (1 Nov. 1872 – 6 Feb. 1943), the pro-Nazi former Chief of the Dutch Army’s General Staff and later commander of Dutch Volunteer Legion, who was assassinated by the Dutch Resistance.
SS-Frw. Pz. Gren. Regt. 49 „De Ruiter“
Michael Adriaanzoon de Ruiter (1607 – 1976) was a Dutch admiral who had fought the English in Guinea and the Channel and was also famous for having led his fleet up the Thames in 1666 to attack London. 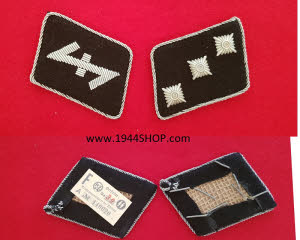 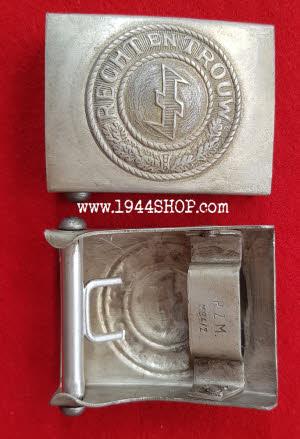